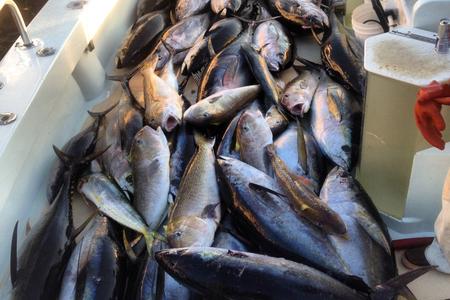 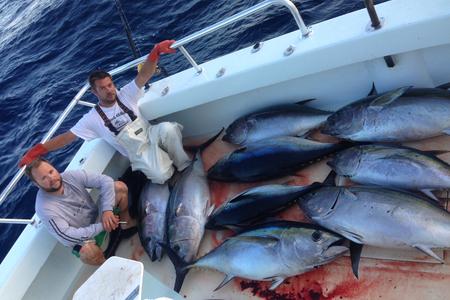 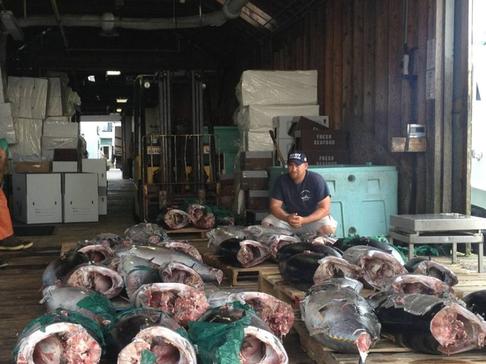 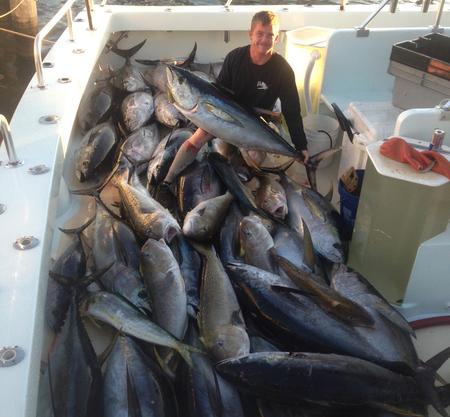 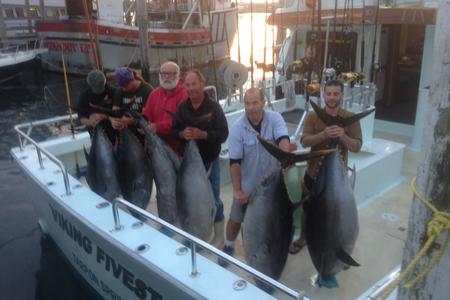 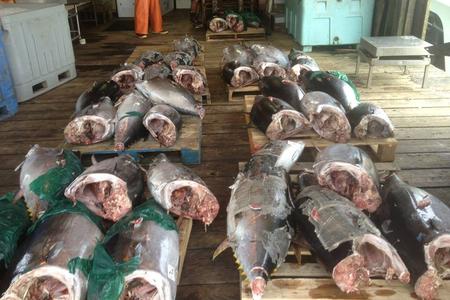 Tuna fishing in 2014 was an epic year for us on the Viking FiveStar. The season produced close to 70 albacore, over 300 yellow fin tuna and an unheard of catch of 122 big eyes.

Throughout the year we also had a handful of blue marlin in excess of 400 lbs and a couple hundred mahi mahi. Capt. Carl Forsberg of the Viking Star also had an excellent year with some huge catching of yellow fin and some big sword fish throughout the season. Also Capt. Paul Forsberg had an impressive season on the Viking Freedom putting over 75 big eye across the dock in Montauk, NY.

In 2015 we are looking forward to getting back out tuna fishing earlier than ever, fishing from Cape Canaveral, Florida. Tuna trips will begin in March from Port Canaveral throughout late October from Montauk, NY.

The trips from Port Canaveral are all 2 and 3 day trips fishing on the east side of the gulf stream. Here we expect to catch yellow fin, black fin, swordfish, Marlin, wahoo, and mahi. Some special trips starting in May will target tuna, swordfish and bottom fish such as grouper, snapper and tile fish. We are also looking to possibly doing some special tuna trips from North Carolina as we fish our way back up the east coast before returning to Montauk for our summer season.

Our first scheduled tuna trip from Montauk is in the later part of July.

In 2015 we will be tuna fishing over 1200 miles of the east coast over the course of 8 months and we are looking forward to another epic year.

All of our trip details can be found on our website at www.vikingfivestar.com and any other questions can addressed to Capt. Steven Jr at vikingfivestar@gmail.com.

All bookings and available dates for both split and private charters can be made by calling our office at 631-668-5700.